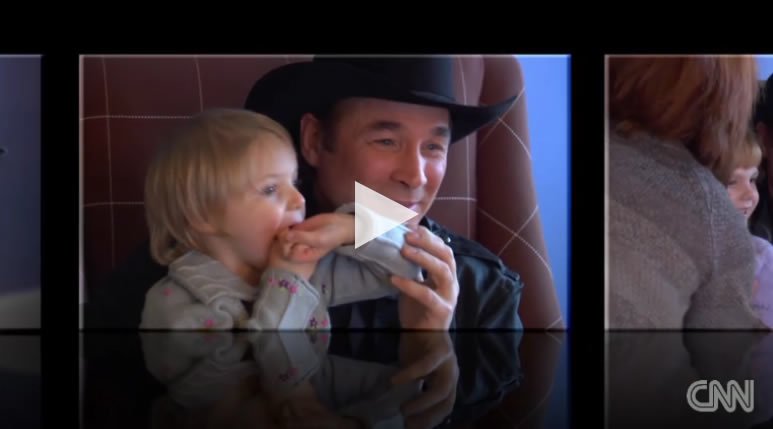 Clint Black raises his voice for a cause
By Rebecca Angel Baer, CNN

With a twinkle in his eye and a gentle smile under the wide brim of a black cowboy hat, Clint Black is still out on the road charming country music fans of all ages. But beyond performing the hits like “When I Said I Do” and “Like the Rain,” his music now has a mission. Black makes time out on the road these days for greeting very special fans — families and children suffering from Rett syndrome. The rare disease is something Black and his family are all too familiar with.

“My niece Cortney, my brother Kevin’s daughter, was afflicted with and lost her battle with it at age 16,” Black said.

Rett syndrome is a rare genetic disorder that affects the way the brain develops. It is almost exclusively found in girls. According to Barry Rinehart from the International Rett Syndrome Foundation, Rett’s is on the far end of the autism spectrum and is a mutation of the X chromosome, which is why it mostly affects girls.

“Essentially, something is happening in the human body where the brain and the nerve endings aren’t making that connection. So that affects their breathing, that affects how they use their hands, that affects all kinds of communication things. You see all these girls who want to communicate and they probably are communicating but we aren’t paying attention in the way we should be paying attention. But also they’ll have seizures. They often won’t be able to walk, so it manifests itself in different ways. So for some women and girls it can be very severe and lead to death. You know (it has a) 20% mortality rate but other times it can express itself very mildly,” said Rinehart.